Spark Up Ideas for Your Foodservice Operation

A Quick Look at the History of the Fajita

Get your grills ready! August 18 is National Fajita Day, a day to celebrate the mouthwatering flavors of the Tex-Mex specialty. Marinate the meat, chop the veggies, and warm the tortillas, because it's time to chow down. Aside from being downright delicious, this classic dish has a pretty interesting history...

Origin of the Fajita

"Fajita" is derived from the Spanish word "faja", meaning "belt" or "girdle". This delicious dish is a Tex-Mex classic. Tex-Mex food blends classic Texas dishes with Mexican favorites. Today, fajitas are made using a variety of meats or fish. Traditional fajitas, however, use skirt steak. If you were in Mexico, the term for skirt steak is "arracachera."

Who made the first fajitas?

The first fajitas were a staple of Mexican ranch workers in the 1930s. These workers lived in West Texas, along the border. They were often paid for part of their services with food. Of course, they weren't given the best cuts of meat, because those were sold. Instead, they got the undesirable, tough cuts that didn't make very tasty meals.
Since these meat payments were their main source of sustenance, the workers learned to prepare the meat in a way that made it taste better. They developed tangy marinades for the meat. When the meat absorbed the marinade, it had a much more robust flavor. The ranch workers grilled it over an open flame and served it on homemade tortillas with pico de gallo or southwestern spices.

Although the fajitas were a popular source of food on the Texas ranches in the 1930s, the first recorded sale wasn't until 1969. A meat market manager named Sonny Falcon made the first sale of fajitas from his concession stand in Kyle, Texas. He began selling at rodeos and fairs, and eventually his name became so synonymous with the fajita that he was called "The Fajita King." Falcon trademarked the nickname.

In 1969, the fajita also made its way onto the menu at the Round-Up Restaurant, also in Texas. Owner Otilia Garza said she learned to make fajitas from her grandmother. Her grandmother had been a restaurateur in Reynosa, Mexico, and taught Garza the perfect technique for grilling skirt steak. Their fajitas were then piled high with toppings like guacamole, veggies, and grated cheese.

Sonny Falcon and Otilia Garza did quite a good job spreading the word about the mouthwatering Tex-Mex fare. They such a good job, in fact, that in 1971 the Oxford English Dictionary officially added the word "fajita."

Let's fast-forward to 1973, where we'll find the fajita making its debut at Ninfa's. The Tex-Mex restaurant's fajita dish was inspired by a customer who had just been to Mexico City, and asked if they could slice his steak into strips for a taco. Ninfa Rodriguez Lorenzo decided to use the steak strips in a flour tortilla and add cilantro, onion, tomatoes, chiles, sour cream, and shredded cheese. The menu item was originally called "tacos al carbon", but was later changed to "tacos al Ninfa." It was some time later that they were referred to as fajitas.

The menu at the Hyatt's La Vista restaurant heated up considerably in 1982 with Chef George Weidmann's addition of "sizzling fajitas". The staggering sales from the signature dish made La Vista the most profitable of all Hyatt's chain restaurants.

Ironically, as the success of the fajita spread, the contents strayed farther from the traditional ingredients used by the ranch workers. Restaurants didn't have to use the tough cuts of meat, so they opted for more tender, juicy selections. The main ingredient also evolved from primarily steak to include chicken, pork, or fish.

When did National Fajita Day start?

National Fajita Day celebrations began in 2016. The popular Mexican chain, On the Border, founded the day to honor the delectable dish. The Registrar at National Day Calendar approved the request in July 2016 and announced that August 18 would be the annual National Fajita Day.

We hope you find a reason to celebrate National Fajita Day, and enjoy the incredible Tex-Mex flavors that originated on the border almost 100 years ago. The dish has come a long way since then, with various influences adding their own unique touches and creating the sizzling fajita we all know and love today.

Ready to ignite the flames and create your own irresistible fajitas? Contact Chef Daina and Chef Jared for more ideas on how to maximize your menu options with a FREE foodservice consultation. 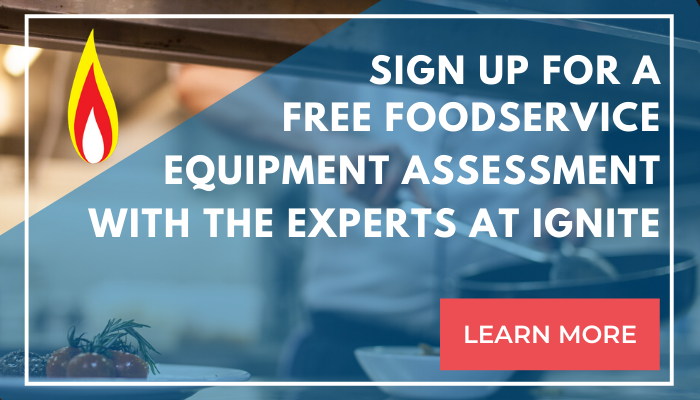